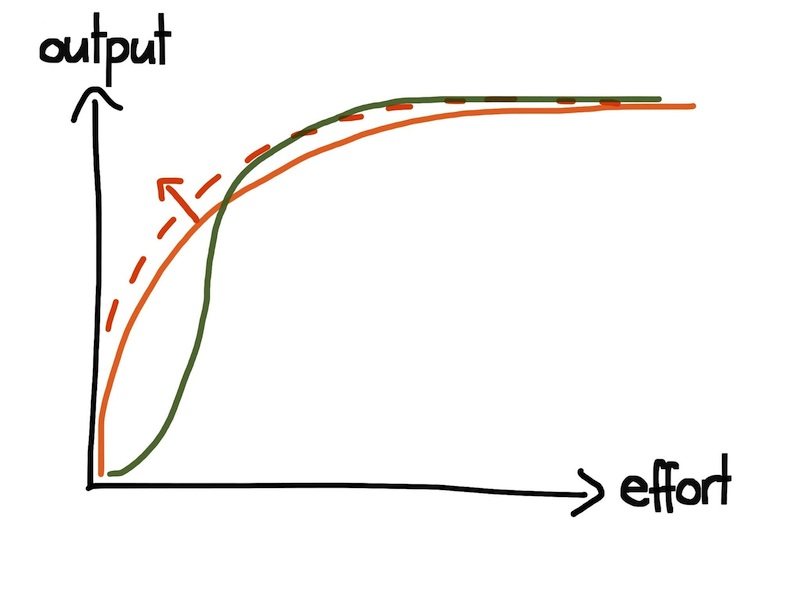 I was told that I didn't really speak until I was relatively old. But when I started to utter my words, I—according to sources (mom and dad)—already made short sentences.

Ever since, I often tried to do things perfectly. As good as the results sometimes were, they usually came with significant effort put in. While that seems absolutely normal, the way to achieve those results many times differed from what one might think is the rule.

However you want to call it—Pareto principle, 80-20 rule, law of vital few and useful many (see Vilfredo Pareto, Joseph Juran, Richard Koch, etc.)—it is widely believed that an output better than half of the best possible one can be achieved with less than half the effort needed for a perfect one. Be that in terms of quantity or quality etc.

This would suggest an effort/output curve as seen in picture 1 below (orange hyperbola/illustration). If one is aiming at or near perfection—as I tend to do—one might choose a different strategy; For example by putting more effort in at the beginning, intended to have a bigger effect later (green illustration). 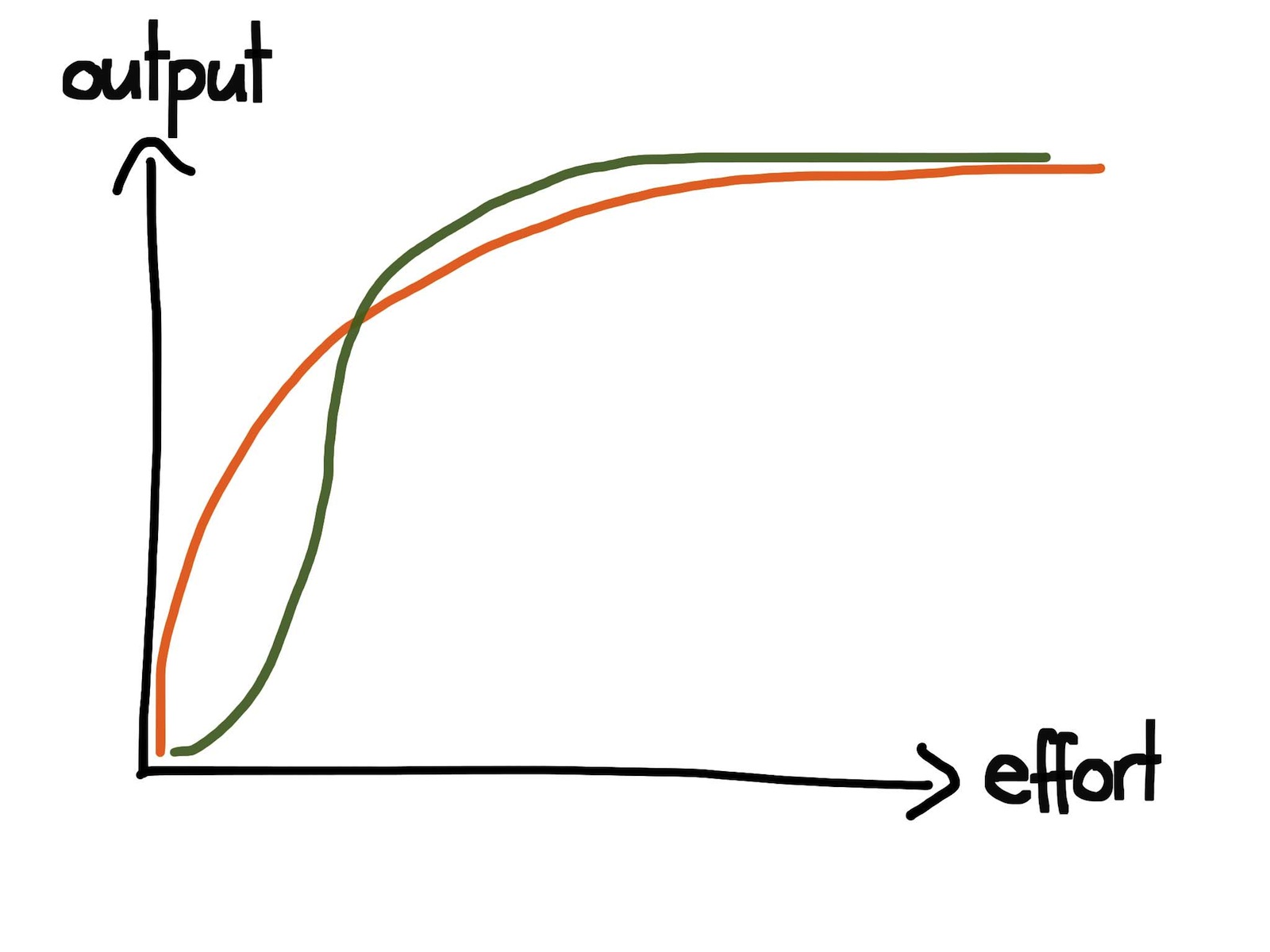 So, by determining the desired output, an appropriate method—out of many—can be chosen. All roads lead to Rome; but some faster than others, I would add in this case.
Ideally, over time one could optimize a method in order to almost always attain the best effort/output ratio. (Especially, when the desired output is not known in advance.) I would think for most applications that could be the one mentioned first, generating significant output rather quickly. Through continuos improvement better results can then still be obtained (see article thumbnail picture).

While I wanted to meet certain minimum goals, this is what I tried and what I'm continuing to try to do with this Web site. In the process, I remembered that there had already been a time during which I had occasionally been less worried about not being perfect. Ironically, it was while I tried to get better at the English language. This is why I decided to republish some old blog entires I wrote during that period—perhaps slightly redacted.

To sum up: Rather than trying to create perfect results right away with version 1, it is often more desirable to quickly have a beta version, which can then be continuously improved by small or big refinements. I now see the art of optimizing efficiency as a form of perfectionism.